You have seen all the bonus features on the TWY DVDs? And you still want to know more? Then you've come to the right place. Producers Mark B. Perry and Craig Hoffman answered tons of fan questions.

Mark B. Perry was a writer (18 episodes), executive story editor (episodes 47-69), co-producer (70-82) and producer (83-93) on «The Wonder Years». He began working on the show at the beginning of the third season and left it after season 5. After TWY, he did the first season of «Picket Fences», the only season (13 episodes) of «Moon Over Miami», 13 episodes of «Law and Order», 3 1/2 seasons of «Party of Five» and the Po5-spin-off «Time of Your Life». In the last few years Mark was working on «Pasadena», «One Tree Hill», «Brothers & Sisters», «Ghost Whisperer» and «Revenge». For more information about his work visit profile in the Internet Movie Database (IMDB).

In early 1999 Mark took the time to do a chat with TWY fans and also answered many questions in the then very active TWY newsgroup (alt.tv.wonder-years).

How he stumbled upon «The Wonder Years»: «The first episode I ever saw was also #2, Swingers. That's the episode that got me hooked on the show and led to me writing my first WY episode.»

What he did on «The Wonder Years»: «I'm not sure about the episode numbers, but I believe I have 18 writing credits (both shared, story, and single). I had an episode the final season ‹Reunion,› for which I received a story credit but did not write the teleplay. It was a hold over from my final season on the show.»

About TWY executive producer Ken Topolsky: «The first time I ever met Ken he tried to throw me off the set of my first episode... He didn't know I was the writer [and] thought I was some crazed fan getting to close to the actors! True story! And Ken's an imposing guy, so... I almost actually left. That wasn't the first time somebody tried to throw me off the set... But maybe I'll save that story :)»

About the ongoing popularity of the show: «Last year, I spoke to a class of third graders here in the US -- and they were all huge fans as well. It seems that TWY has a timeless and ageless appeal. I'm very honored to have been a part of it and to know that the show still touches so many people.»

About the Arnold's house: «and the inside of the house is a completely different floor plan from the Arnold house set we used. notice in the pilot of the show the kitchen and house are different from in the series. I'm a veritable fount of useless knowledge.»

About Edward Gross, the author of the TWY book: «To tell you the truth, he created quite a stir because when he called to interview us all, he said he was writing a feature article about the show for a little newspaper called _The Long Island Ear_ (or something like that). Then, a few months later, this book showed up! As I recall, New World was none too pleased at the time.»

About his work on «Picket Fences», «Law and Order» and «Party of Five»: «I'd prefer you use WY and Party of Five as my credits. ‹Picket Fences› was a very bizarre experience. David Kelley wrote every single episode of that show. The scripts I wrote he simply used as springboards, so I left after the first season. I loved the show, [but] wasn't crazy about the job. Besides, I wrote for three seasons on WY and three and a half on Po5. [David E. Kelley] is a great writer, but like I said, he writes everything himself, which is very frustrating for the writers who work for him.
I co-wrote three ‹Law and Order› [episodes] if I recall... that was also a bizarre experience. Imagine going from adolescent angst to cops and lawyers... I was a fish out of the water.
People always said I brought a real WY sensibility to my Po5 episodes... like the one where Claudia wasn't happy with her breasts not developing so she stuffed her bra with Kleenex!»

Answering a question about a WY reference in «Party of Five»: «I wrote the Wonder Years reference into one of my Party of Five episodes. Just an inside wink to people who know!» [in one episode somebody asked Charlie what he was doing tonight and he said he had been eyeing off a Wonder Years marathon on cable]

Craig Hoffman's first job was writing two episodes of «Murphy Brown» and then he spent some time on «Dream on». Craig began working on «The Wonder Years» at the beginning of the fifth season and stayed until it ended. He was a writer (6 episodes), story editor (episodes 70-93), executive story editor (94-102) and co-producer (103-114). After TWY, he went on to write and produce «Evening Shade», «Brotherly Love», «The Tony Danza Show» and «Fired Up». Then Craig was working as supervising producer on the show «Family Guy». For more information about his work visit profile in the Internet Movie Database (IMDB).

In 1999 Craig took the time to do a chat with TWY fans and also answered many questions in the then very active TWY newsgroup (alt.tv.wonder-years).

about the ongoing popularity of the show: «it's great to see that this show is still generating discussion and reaching a whole new generation of viewers. I don't think that any of the writers would disagree that working on this show was one of the best experiences we ever had, and when the series ended, I truly missed writing about the Arnolds.»

how it was to work on TWY: «The amazing thing about the Wonder Years is that there really is no ‹dirt›. It was the most amazing group of people I've ever worked with - off-camera and on. And believe me, that isn't always the case.» 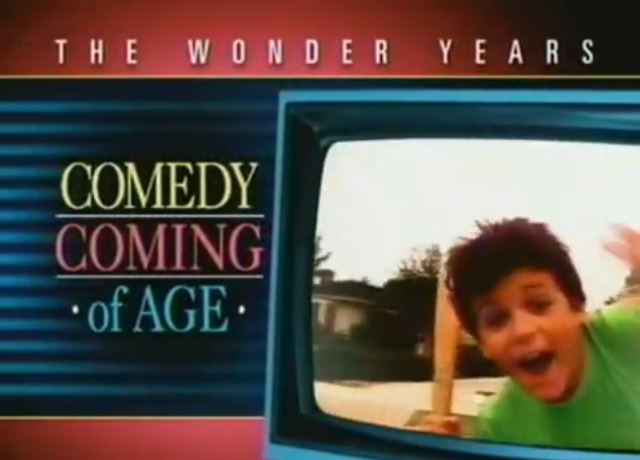 In 2002, the US American network A&E produced a documentary about «The Wonder Years» as part of its series «TVography».

Many of the actors, screenwriters and producers who worked on «The Wonder Years» offer their view on the story and success of the iconic TV show.

Now you have the chance to watch the whole documentary online.

Please note: This website is not affiliated with A&E, the Biography Channel or any other related organization. Moreover, the webmaster is in no way connected to the persons who uploaded the documentary to YouTube and merely links to the video without endorsing any copyright infringement.

For filming the bonus material for the DVDs, the cast of «The Wonder Years» came together again. Here are some pictures. 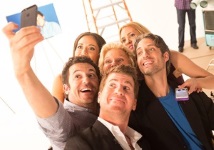 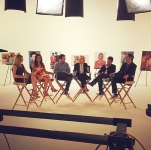 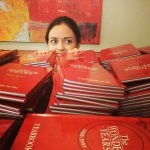 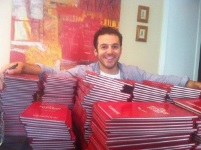